Kerstin Gier,Marisa Calin,Macmillan Audio Oct 18, 2021 Kerstin Gier,Marisa Calin,Macmillan Audio
Liv has been dealing with a lot lately. She and her family have just moved in with her mother's new boyfriend in London, and she's starting over (again) at a new school. But Liv isn't sure that explains her dreams, which have gone from odd to...well, bizarre. Lately her nighttime hours have been filled with talking stone statues, mysterious corridors, and creepy rituals conducted by four boys in a graveyard. The strangest part is that Liv recognizes the boys. They're classmates from her new school, and they seem to know things about her that they couldn't possibly know...unless they actually are in her dreams. Luckily Liv never could resist a good mystery, and all four of those boys are pretty cute.... 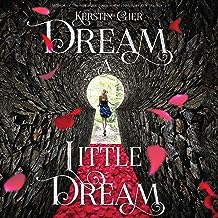